Aurora Labs > Blog > Who is liable? 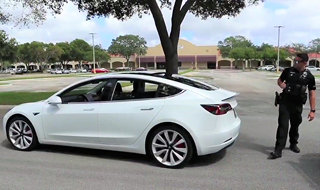 Smart Summon is a new feature Tesla has installed with an over-the-air (OTA) update as part of its version 10.0 software. Smart Summon enables the car owner to summon his or her car from a parking space within 200 feet. A few days after the update was delivered, a video surfaced of a Tesla Model 3 being summoned from a public parking lot, driving through a stop sign and getting pulled over by the police.

In this instance, no harm came to any pedestrians or other cars, however, the question of liability remains. Earlier this year, executives from Ford and Bosch came together with executives from AllState and Nationwide as the two industries – automotive and insurance – work through how to insure connected and autonomous cars and figure out who is liable for what.

While in many cases the hardware and sensors may be to blame for a vehicle malfunction, according to a report from Stout, in 2018, nearly 8 million vehicles in the US were affected by software-based defects. This is a higher total than the previous five years combined and three times more than any previous year. Both the insurance and the automotive industries – which haven’t had major changes or new business models in decades – are being disrupted with the ushering in of connected cars, autonomous cars and mobility services. Who is responsible when an autonomous car crashes? The ‘driver’ in the car? The owner of the vehicle? The vehicle manufacturer? The supplier of the autonomous driving technology?

Too often the question of liability is framed as a ‘blame game’ by either the regulators or the insurers, to find the entity that can be shouldered with the cost after the fact. However, the focus of liability should not be on pinning the blame but rather on taking proactive responsibility so that crashes do not occur in the first place.

Understanding of automotive software is going to be the difference between those automotive manufacturers that maneuver through and succeed in this liability storm. Software is entering the car from several entities – the automotive manufacturer’s software; suppliers’ software and software created from the open-source community.  The goal of the vehicle manufacturer should be to ensure that there are technologies and solutions in place to enable transparency into which software is actually running in the car and how the software functions are behaving, to be able to understand the behavior of the software, to be able to detect software malfunctions and to be able to fix them before they affect the driving experience leading to a liability situation.

Connected cars, mobility services and self-driving vehicles are driving a dramatic rise in the amount of software in the car and promise a shift in vehicle control away from the driver and toward the vehicle. The same shift may occur in liability for harm caused by vehicle crashes and related events. Automotive manufacturers need to adopt new in-vehicle software management technologies and develop new business models to be prepared to take on the liability responsibility.

Want to future-proof your connected cars? Schedule A Demo