Aurora Labs > Blog > Why the Key to Autonomous Driving is Trust 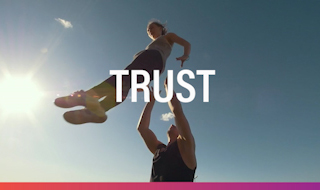 Why the Key to Autonomous Driving is Trust

With all the excitement around autonomous vehicles lately, you would expect that consumers are ready to buckle up and embrace full autonomy. On the contrary, there is a surprising amount of caution amongst drivers when it comes to self-driving cars.

According to a study conducted by AAA last year, 73 percent of American drivers report that they would be too afraid to ride in a fully autonomous vehicle—and that number is up from 63 percent in 2017. Furthermore, that same study found that 63 percent of U.S. adults reported that they would feel less safe sharing the road with an autonomous vehicle while walking or riding a bicycle.

How can we expect the entire world to adopt autonomous vehicle technology if there are high levels of distrust within the U.S. alone? Trust is a crucial component—and the first step—when it comes to the widespread use of autonomous vehicles. Autonomous driving will only become mainstream if drivers and pedestrians feel that they can fully trust the vehicle to function correctly.

What we can learn from the past – Trust and Technology

It is interesting to look at how elevators transformed the way people get from the first floor to the penthouse and how autonomous vehicles will transform how people get from point A to point B on the highways and back roads.

There are similar “trust” factors regarding both elevator and autonomous vehicle adoption. The elevator technology itself was not the deciding factor for people to adopt elevator usage. The first elevators were installed in England in the 1830s. However, early elevators used rope- and belt-driven systems that would often snap resulting in injury and death.

It wasn’t until 1854 – 24 years after the technology was introduced — when Elisha G. Otis introduced a safety brake using a spring action system. At the 1854 World’s Fair in New York City’s Crystal Palace, Otis rode the elevator intentionally severing the cable. The safety brake stopped the elevator. The brake is considered the key in gaining public confidence in elevators.

This trust in autonomous vehicles starts with drivers understanding and believing that the software in the car works correctly, is secure, and is safe from cyber-attacks. Only then will the masses adopt self-driving vehicles. That means that the software must be functioning to the best of its ability.

The well-documented growth in the amount of automotive software eliminates any question about the importance of automotive software management. Using new technology, including artificial intelligence and machine learning, is required to deliver a Self-Healing Software solution that can detect a software problem, automatically roll-back to a safe software version and efficiently update the software.

Technology changes and advances – the safety mechanisms required for people to adopt technology – are timeless. Learning lessons from 1854, we know that trust is a key element for technology adoption and Self-Healing Software is to the vehicle what the brake was to the elevator.

Want to future-proof your connected cars? Schedule A Demo
OTA updates can cost
Over $2.7 Billion dollars/year
Learn why
New! OTA Update Cost Simulator.
Learn how much you're spending every year
Learn how
Over-the-Air Update Costs haven’t been talked about until now…
See how much car makers are spending
Learn More
The OTA Update Cost Consideration Guide outlines how to mitigate over $2B in costs.
Read the full guide